The Bressingham Steam Society’s activities are governed by a voluntary committee elected annually by the society members. Each of the committee members have specific roles. Below you will find their names and profiles.

Allan is a driver and guard at Bressingham on all the narrow gauge railways and also operates the stationary engines and centre engine of the Gallopers roundabout. Allan has a great interest in model engineering. He has helped construct and supervise the newly instated miniature railway at Bressingham.  This is operated by and for the Young Steamers club, a group of 10 to 16 years olds with an interest in steam.  Allan runs this group with his wife Shirley. 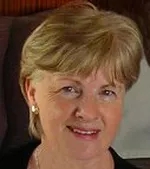 Shirley has been a volunteer at Bressingham for six years now.  She enjoys meeting people and has found working at Bressingham to be a great way of doing this.  She works as a guard on all the railways, often with her husband Allan, with whom she runs the Young Steamers club.  She also runs the 100 Club, a lottery which aims to help raise funds for the museum and now produces the Society’s quarterly news magazine.